Having been told about my ancestral home in Udaipur, I always wanted to stay in the city and enjoy its rich culture. So, one day I finally packed my bags and decided to visit my ancestral home. Surrounded by Aravalli hills, lakes and palaces; Udaipur is one of the best places to visit in the country. You can feel the royalty in the artsy Rajput-Mughal architecture. With amazing palaces made out of unique stones and picturesque lakes, Udaipur is also known as the ‘Venice of the East’. Let me take you to a tour of this beautiful city. I explored some of the best weekend getaways from Udaipur.

The birthplace of MaharanaPratap, Haldighati still has remnants of war. The reddish yellow soil speaks of the bloodshed. I grew up listening to stories of RanaSangha and MaharanaPratap’s bravery. This was first in my list. 40 kms from Udaipur, it is situated on the Aravalli Hills. I decided to get on the bus and visit Haldighati and have a look at the museum. I was baffled at the sight of the weapons and artifacts. A part of me wanted to stay there, forever. Haldighati is one of the best weekend getaways from Udaipur for people who have interest in history and might want to learn more. 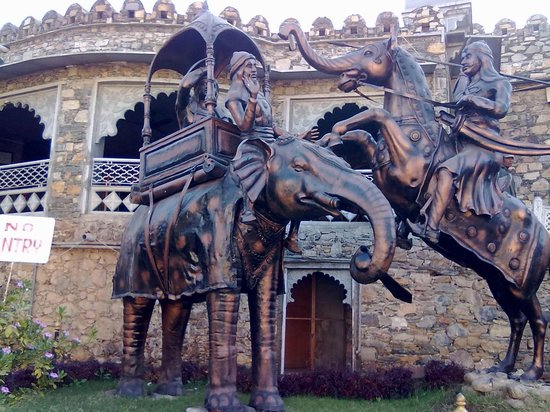 Well, next stop, Jaisamand Lake. Situated 60 kms from Udaipur, Jaisamand Lake is the second largest artificial lake in the world. Its rich flora and fauna is an attraction for tourists. Very close to the Lake is the Jaisamand Sanctuary which houses innumerable species like; leopard, wild bears, sloth bears and many more. I went boating a little later in the afternoon and could feel the calm. Because I had reached early morning, I got a little time to sit at a shore and watch the serenity of the lake. 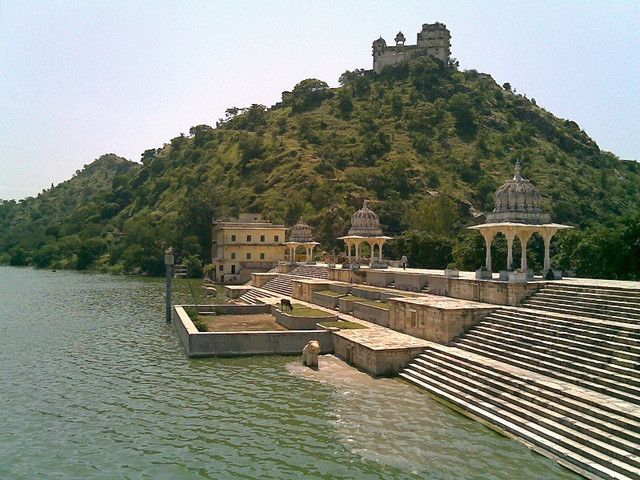 Kumbalgarh, located in the Aravalli hills is a small town popular for its forts and temples. It has an array of Jain temples with elaborate marble carvings. One of the main attractions is the Kumbhalgarh fort and, trust me; it is a sight to sore eyes. The fort is recognized for its wall which is the second largest in the world after the Great Wall of China. Because I was staying the weekend there, I had time to visit the Kumbhalgarh Sanctuary. The sanctuary is a home to a lot of endangered animals like the Nilgai, hyenas, sloths and jackals. The best part is that these places are so rich in history and culture. You get an authentic taste of old day Rajputana. 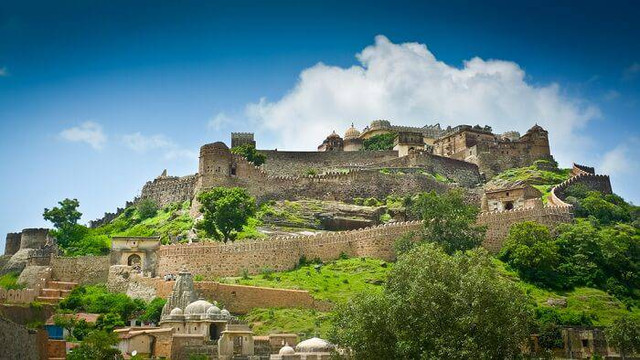 Did you imagine a hill station in Rajasthan? Mount Abu is one of the best weekend getaways from Udaipur. Situated at a height 4000ft, it is surrounded by grassy forests and houses a lot of Jain temples carved from white marbles. I took a bus to Mount Abu and was mesmerized by the beauty. Fun fact, Nakki Lake in Mount Abu is where Mahatama Gandhi’s ashes were immersed. You can get a little Gujju vibe because of it being so close to the Gujarat border. 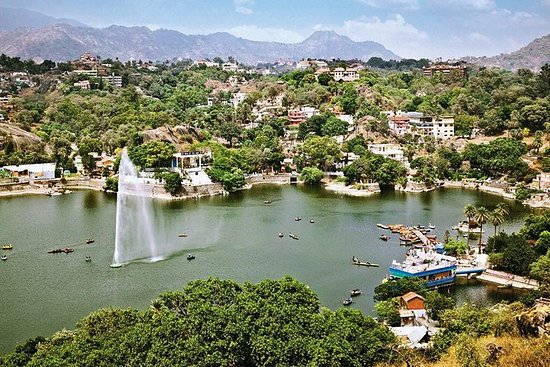 A small village in Pali district of Rajasthan, Ranakpur is some 94 Kilometers from Udaipur. It is popular for the Sun temple and 15th Century Ranakpur Jain temple. It’s is known for its scenic beauty with a dessert backdrop. Sunsets have a different story to tell when watched from the Jain temple here. 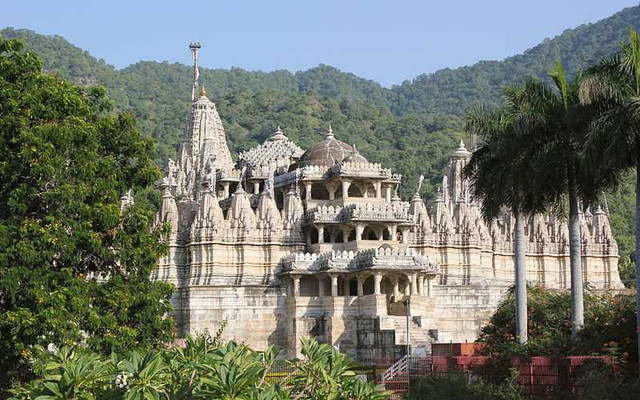 You can’t finish your Royal Safari if you didn’t visit Chittorgarh. Famous for its forts, temples and towers, Chittorgarh has a rich war history. 115 kms from Udaipur, Chittorgarh is an amazing weekend Getaway. You can explore the sanctuary and well, aesthetic pictures coming in your way. 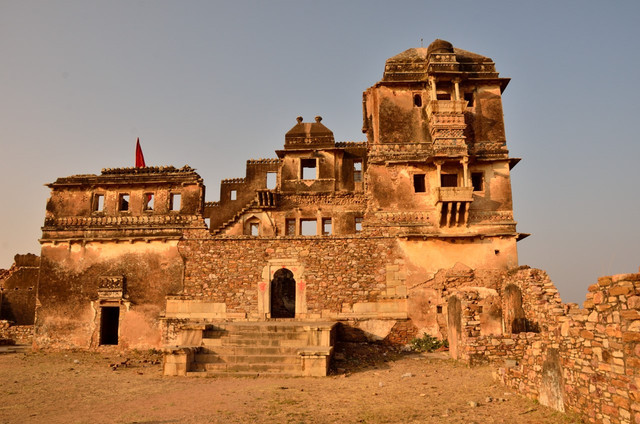 Bundi holds tales of war and valor. Bundi has been blessed with natural beauty and has great pattern of rivers, waterfalls and lakes. Situated 219 kilometers from Udaipur, it has been a hub for artists and writers from all over the world. There is something about Bundi that got me hooked. The writer in me couldn’t restrain but stay a little longer than expected. 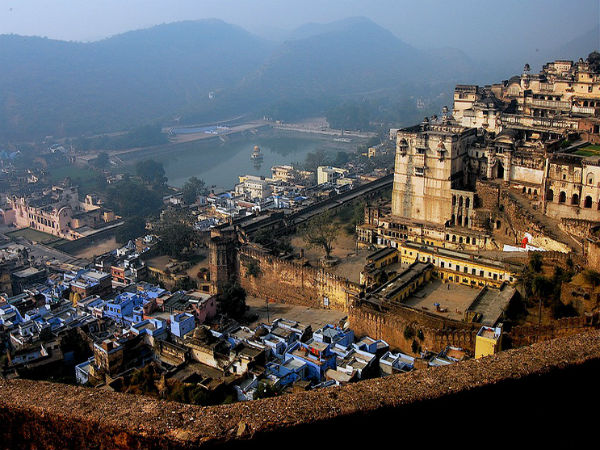 Pushkar was my last stop before I left Udaipur. Growing up listening to DauSaheb talk about his frequent visits to Pushkar without telling his parents was a rebellion story. Popular for its PushkarMela, Pushkar also stands to be one of oldest cities in the world. A lot of festivals are celebrated at the ghats of Pushkar Lake including Gangaur. It is the only city which has a Brahma temple. I took a bus to Pushkar and it was a humbling experience listening to people’s stories. Somewhere amidst those conversations I found connect to my ancestral land. 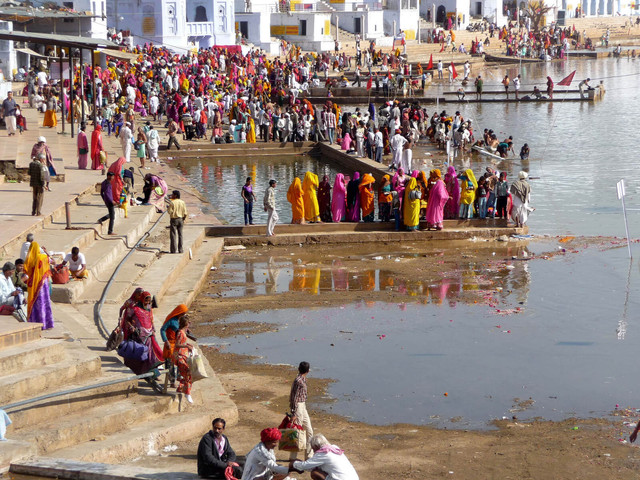 This trip till date stands to be my favorite. I explored a lot and met a lot of people. The food, language, culture and attire seemed so familiar though I hadn’t visited Rajasthan before this. I had some of the finest evenings of my life at the Ghats of lake Pichola and I’ve never been that much at peace with myself. Udaipur has received a rich cultural heritage from the bygone ages. Following a lineage of age old traditions and adhering to religious significance, the various dances complement the fairs and festivals held in the city. The city’s music consists mainly of the use of Morchang, Naad, Tanpura, and Sarangi, among many other instruments that used to echo in the courts of the erstwhile rulers of the state. Miniature paintings are amongst the most famous paintings developed under the patronage of the rulers of Rajasthan. The simplest among these are done on walls, and though folk in style, they nevertheless have some of the flavour of frescoes one sees in the old palaces. So, next vacation, “AaoPadhaaroMaaredesh”.  You are sure to take back a taste of Royalty with you. If you are a writer, you might meet people who inspire you to write your magnum opus.