First thing you need to learn – is what roaming exactly is. Learn the very basics, fundamentals of roaming in League of Legends. In the simple words – Roaming is a process of moving / rotating from one lane to another, and be as helpful and impactful as your champion could be. To be honest, every champion in League of Legends could roam, but some of them are not so effective in it, while others could turn the game in a second. Just imagine what could Janna do, if she suddenly appears on the other lane – that is right, not so much. She has not had any reliable crowd control abilities or insane burst damage. While if you start roaming as an Alistar you will see how enemies will suffer from each of your rotations.

Roaming is a game-deciding feature only in the early and middle stages of a match because closer to the endspiel (late stage of a game) everyone trying to move as five-man-army. That is why roaming supports are the best choice for climbing elo (according to elo-boosters.com). Successful roaming could greatly boost any snowballing champion in League, you will give them a kill they need and help to achieve their goals (like buying core items).

Recently Riot Games buffed towers so they now giving armor to the nearby allies. That affected the whole laning phase of a game and now a single mistake won’t cost you a tower! This extended the early game, giving more time for roamers to affect the whole match.

Rotating is not roaming at all. You want to rotate the lane if you see that you have an extremely bad matchup and you will not have a chance against him. So you will rotate (change your lane). While roaming means continuously changing lanes, helping other players with your unexpected ganks. After a roam you WILL return to your lane.

But why you should roam?

As I said before, you should roam if your allies have struggles in their matchups and they cannot rotate. The additional benefits from the roaming are assists, that will give you some gold for the core items. The recent changes to the bounty system in League of Legends were very generous for the roaming supports and that is why now you NEED to roam to accumulate the gold and experience. But roaming could be useless if your allies are dominating on the lanes. In this case, you just cannot find an opportunity to attack an enemy. While the perfect scenario for roaming is where the opponents are even. With a successful gank you will affect the laning stage the most, and give all necessary resources for your ally to gain full control of the lane. 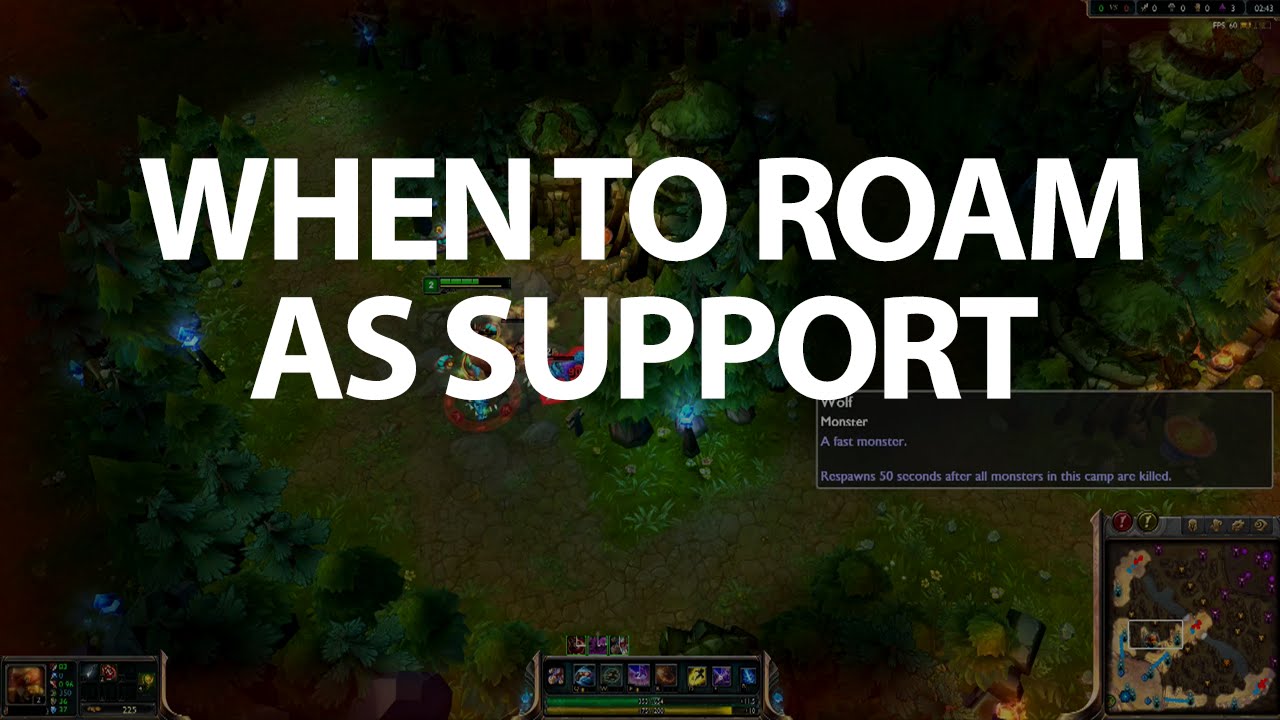 But be aware that while roaming your ADC will be left alone. So you need to clearly see all the moments when you could leave your carry for a minute to roam a map a little. This requires almost perfect macro control skills, but do not be scared. But do not be afraid to make a mistake. Everything will come with practice, but be sure that you learning from your mistakes and analyzing what you have done wrong in situations with the negative outcome.

What Are the Various Types of Congenital Anomalies?